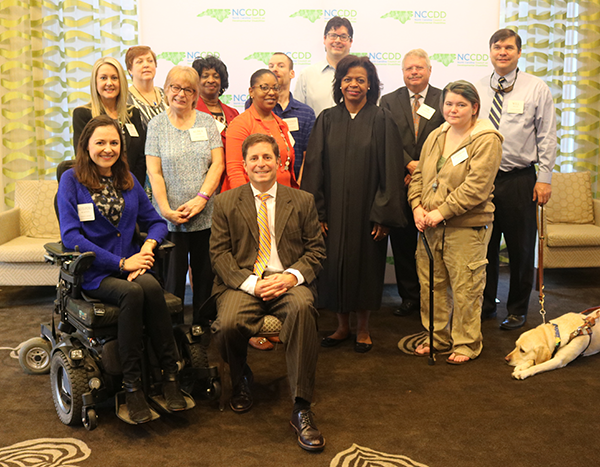 The North Carolina Council on Developmental Disabilities works collaboratively, across the State, to assure that people with intellectual and developmental disabilities (I/DD) and their families participate in the design of and have access to needed community services, individualized supports and other forms of assistance that promote self-determination, independence, productivity and inclusion in all areas of community life. The Council identifies problems facing its community through its five-year planning process and funds innovative projects and initiatives that promote the goals of the Developmental Disabilities Assistance and Bill of Rights Act (DD Act) for all North Carolinians.

1.    Have four quarterly meetings a year.
2.    Comply with Article 33C of the North Carolina General Statutes, referred to as “The Open Meetings Law.”
3.    Transact business with a quorum, defined as a majority of the appointed NCCDD membership.
4.    Be guided in its meetings by the latest edition of Robert’s Rules of Order
5.    Designate the last meeting in the calendar year as the Annual Meeting and elect officers at this meeting.

Members shall be considered inactive when they have missed three consecutive quarterly meetings, as shown in the minutes.  The Executive Committee will review inactive members in accordance with Article 2 and the policies of the Governor’s Office of Boards and Commissions.